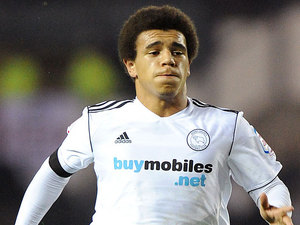 Mason Bennett (18) has been recalled early from his loan spell with Bradford City.

No reason has yet been given for the recall. The loan spell was due to last until January but has been ended two and a half months early by Derby County.

Bennett played 13 games for the Bantams, scoring a single goal during the loan spell.