Sol Campbell to join the Rams 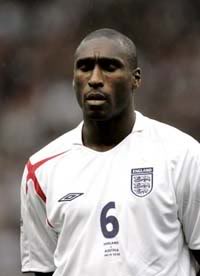 Well believe it or not but we have had reports that Nigel Clough is seriously considering bringing Thirty Seven year-old, former Arsenal, Tottenham and England defender, Sol Campbell to Pride Park.

Rams boss, Nigel Clough is said to be keen on bringing in Sol on a short term deal until the end of the season and use him as both player and coach for the resurgent Rams.

Sol himself is reported to be very interested in the coaching side of the deal and sees the Rams Academy as an ideal place to pass on his considerable defensive knowledge...