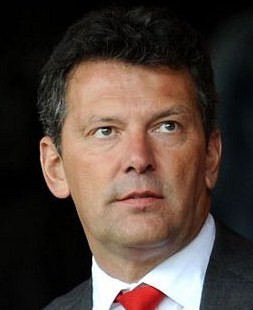 Nigel Clough has stated that the club will issue a a formal official apology to Nottingham Forest football club after chants during the game last night.

A certain section of Rams fans were heard to be chanting remarks about former Forest Chairman Nigel Doughty who sadly passed away aged just 54 recently.

The incident started as Rams Captain Shaun Barker lay with a severly dislocated knee during the game. Taunts from the Forest fans as Barker lay receiving treatment from both teams medical teams and paramedics, prompted the sickening chants conerning Mr Doughty.

Derby County went on to take all three points from the East Midlands derby with a headed goal from defender Jake Buxton during the time added on for the injury to Barker...