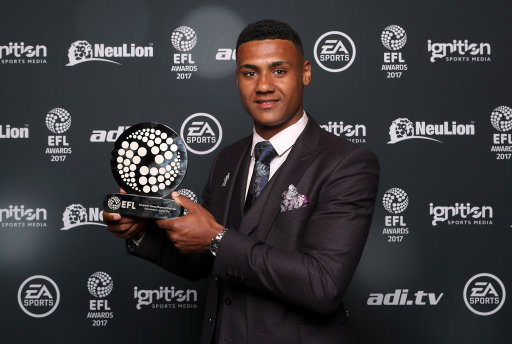 With the transfer window yet again nearing for next season, Derby County are rumoured to be looking to bid around £3m for a young Exeter City starlet.

Twenty one year-old attacking midfielder Ollie Watkins has shot to the attention of the Rams and other Championship sides during the last season. His record of 14 goals during the last campaign and 12 assists is what every manager is looking for and Gary Rowett is no exception. His career record sees him score 21 goals in just 66 appearances in League one.

His mega season has also given Ollie awards. His skill netted him the EFL Young Player of the Year recently (see photo).

It is easy to see why a goal every third game average has attracted teams like Leeds United and the Rams. Derby however may need to move on players befoe they can start their rebuilding plans during the next three months.