Rams second part of the season woes will it happen again 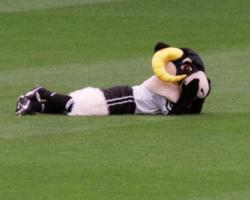 Many fans of Derby County in recent seasons fear Christmas and the New Year because of the collapse of the squad and their fall from Promotion contenders to also rans.
We ask "could this happen again this season?"It is noticeable that Derby County have been collecting players over a certain age and have the second oldest squad in the Championship

Could this be one of the over riding reasons that Derby tend to fall away during the second half of the season?
Many have said it is just down to attitude but several slides have cost the Rams dearly in recent season's

Even being top at Christmas couldn't save derby from a steady decline and eighth place finish.
There has to be some sort of problem and age could be one of them

Derby do look better going forward when the pace is high but can these 30 somethings keep up and is the reason for a steady decline?
The Rams certainly have a wealth of wise old heads now at the club, so is it time to introduce some young blood into the squad

Or will Gary Rowett look to import some younger, quicker talent