Rams on course for record number of season ticket holders 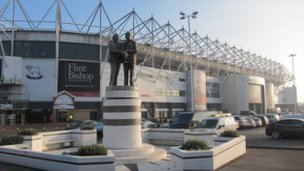 It has to be said that this season hasn't exactly gone to plan, but yet again Rams fans have shown their loyalty when renewals of existing season tickets ended last night.

Derby County has had 19,000 season tickets bought for next seasons campaign, be that in the Championship or Premiership. 'Early Bird' renewals have topped last years 18,500, which was the record. So the Rams are now set for new supporters to buy into next seasons campaign and give the Rams the backing they will need in either league.

With a capacity of 33,600, and sections for away supporters, competition for seats could become intense.