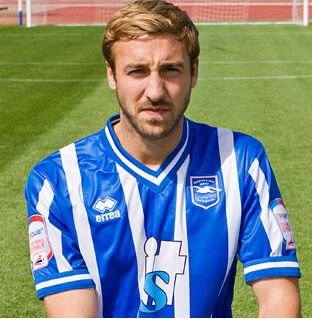 Murray was celebrating at the weekend when Brighton and Hove Albion clinched the division one Championship after beating Walsall away from home 3-1. Murray scoring the seagulls second goal just after half time.This strike took Murray on to 22 league goals for the season.

He started his Brighton career after a £300,000 move from Rochdale in January 2008 and as you can see in the career stats below he averages a goal every other game.

Derby are said to be at the forefront of clubs wanting to sign Murray but there is expected to be a large interest in the summer. It may test Rams CEO Tom Glicks resolve to pay for quality players to revamp the Rams squad for next season...