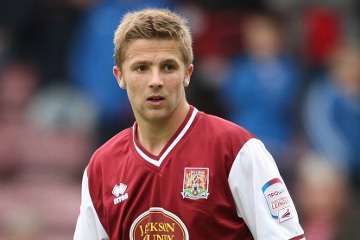 The Rams have made their first signing of the closed season, with their expected capture of Northampton Towns 20 year-old winger Michael Jacobs.

Jacobs was at Moor Farm yesterday to undergo a medical and today has formally signed a three year deal with Derby County.

The winger was very much in demand in recent weeks but the Rams were a great attraction for Jacobs as he signed the deal keeping him at Pride Park until the summer of 2015.

Derby County are understood to have paid a compensation fee for the services of Jacobs, which stopped the need for a tribune hearing. The fee was believed to have been in the region of £500,000...