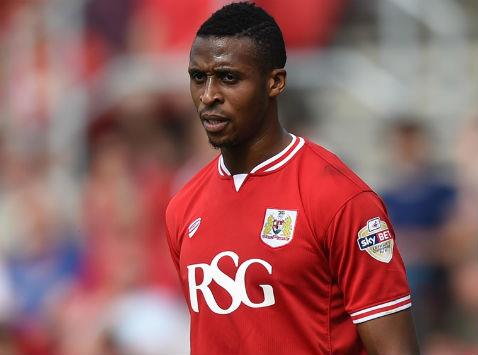 Derby County have yet to buy or sell anyone in the close season transfer window but rumours have today surfaced linking the Rams with Bristol City's striker Johnathan Kodjia.

The 26 year-old was born in France but now plays his International football for the Ivory Coast, scoring in one of his two appearances for the Country.

Last season he showed superb form in netting on 19 occasions for Bristol City in 45 games. At 6ft 2 in he fits the bill for a Pearson signing, as he likes a well built and tall player.

Kodjia first came to light as a decent striker when playing for Angers, a club coinsidentally that Derby purchased Abdoul Camara from last summer, Kodjia scored 15 goals for the French club in just 28 appearances. His form prompted Bristol City to move in and pay £2.55m for his services. He joined on a three year contract which expires on 30/6/ 2018.

If the rumour is true Derby could have a tough battle ahead to land the striker, as Premiership clubs have also been mentioned in connection with Kodjia, including Everton and Stoke, as well as Championship interest from Aston Villa.