Most valuable XI in the Championship 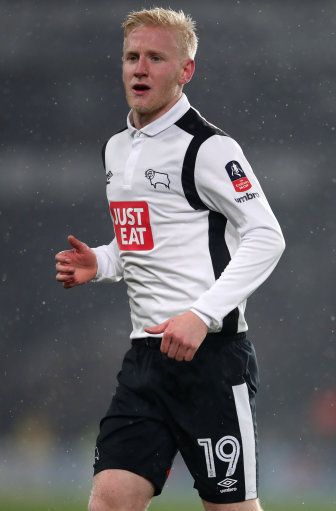 Derby County's Will Hughes makes it into the Transfermarkt.co.uk most valuable XI for the Championship but the other places are dominated by Newcastle and Aston Villa.

Newcastle have five players in the eleven with Jonjo Shelvey the most valuable at £9.35m. They also feature in the Goalkeeper in Matz setz, Right back DeAndre Yedlin £3.4m, Centre back Chancel Mbemba £6.8m and Right wing Matt Richie £7.65m.

Will Hughes has the value of £6.8m and Wolves get a look in at Left Wing with Helder Costa valued at £8.5m

Nottingham Forest also have a representative in Ross McCormack, the striker valued at £7.65m.

So  last season's Premiership outfits dominate ut surprisingly no players from Brighton, Huddersfield or the other play-off chasing pack.