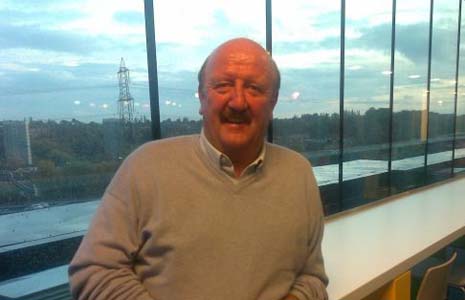 Freeman a product of the forest academy left the City Ground for Pride Park after he couldn’t agree a new contract with the Reds.

Burns has said on a Nottingham website that Freeman, who is still only 19, should have stayed at Forest rather than joining Derby County. He went on to say that Forest were now “on the up, with rich new owners, who were ready to bankroll an assault on the Premiership”. Burns has obviously not taken a look at the Championship league table lately, with the Reds languishing in 11th place, and Derby County in 10th position. Which makes it all the more laughable as Burns claims Derby are “in the mire”.

Freeman penned a two year deal with the Rams and Burns claims that Freeman may be getting more money at Derby but should have stayed with Forest. Freeman didn’t get much of a chance whilst at Forest playing only one full game for them and one sub appearance, Derby on the other hand have handed the youngster a full start and five sub appearances since his move to the Rams.

Burns further criticises the move of Freeman by claiming that he “could have reached the top with Forest” whilst puzzlingly stating , “he doubted that he would ever reach those heights with Derby County”...