Four offers for Shackell rejected by the Rams 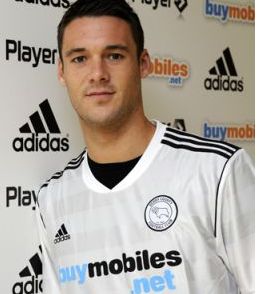 Derby County are holding steadfast after several offers for central defender Jason Shackell. The Rams colossus in defence playing all 49 games the Rams played last season and has attracted several clubs with his excellent defensive performances.

Rams departing CEO Tom Glick is keen to inform the interested clubs that Derby County value Shackell higher than any offer as yet received, and with Rams Captain, Shaun Barker out injured for most, if not all of next season, Derby County will rely heavily on Shackell.

Glick however has stated that “all players have their price” and reasonable offers will be looked at for Shackell.

Four formal offers for the 28 year-old Shackell have been received by the Rams but all are below the estimated value for Shackell...