Fomer Keeper Back in town 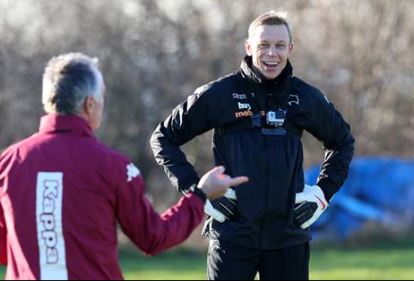 It's been a while but one of Derby County's favourite Goal Keepers , Mart Poom  returned to gave a training session with the first team yesterday.

Poom is now giving his vast experience to training the goal keepers for Estonia, his national side. The 41 year-old is a guest of the Rams and will be the special guest in this weekends game at the Ipro Stadium against Doncaster.