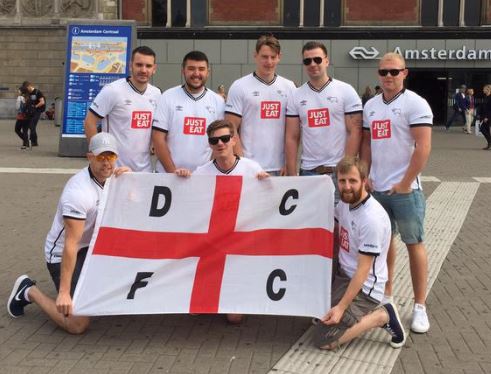 Derby County under Paul Clement are now begining to show improvement and in their final tour match against FC Utrecht, secured a good victory

Things started badly for Derby, when Utrecht went ahead in the 14th Minute. A former Rams, Nacer Barazite scored. He was on loan for a season in the 2008-09 season, unfortunately scoring only the once in 30 appearances.

Derby had to wait until the 45th minute to get on terms. Ryan Shotton heading home from a Tom Ince corner.

In the second half Derby found their rythme and in the 55th minute struck again with a superb header from Johnny Russell from yet another well taken Tom Ince corner.

The Rams were rampant now and the best goal of the game came in the 68th minute a beautifully hit 25 yard shot from Will Hughes gave the keeper no chance, making it 1-3

Derby did blot their copy book a little in the 80th minute. Ryan Shotton giving away a penalty, which was slotted away quite nicely, again by Nacer Barazite.

A good scalp for the Rams defeating an accomplished top tier Dutch side, who have European experience.