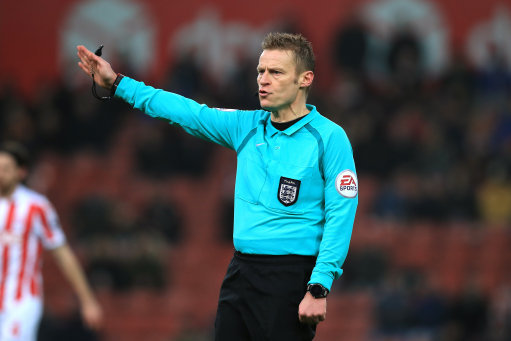 Mike Jones has been given the chance to referee the 4th Round replay between the Rams and Leicester City.

The 48 year old Chester born referee has been a Premier league official since 2008 and has officiated at 20 league games this season, showing 74 yellow and 3 red cards.

Jones has history with at least one Rams player, and quite a controvertial one at that. In 2009 Darren Bent was playing in the Premiership for Sunderland against Liverpool. The liverpool fans had thrown a large beach ball on to the pitch and Bent's shot bounced off the ball and into the net.

The goal was strange but allowed by Jones as the beach ball was part of the pitch. The FA took a different view and demoted Jones for a week to officiate in the Championship.

Mr Jones will be helped by his line officials, Mark Perry and Mark Scholes. The fourth official being Graham Scott.