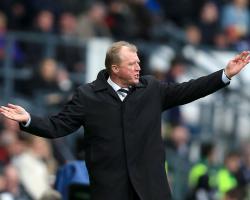 Former England manager McClaren has been linked with Barclays Premier League posts, including the current vacancy at Newcastle.

He has led Derby into Sky Bet Championship promotion contention this season and Derby have vowed he will not be moving on.

Club chief executive Sam Rush said, according to BBC Sport: " There is no question whatsoever of him leaving

"He is one of the highest-performing managers in English football, so he is going to be linked and admired by others

But we have had no approaches."

Importantly, Rush insists McClaren has reiterated his commitment to Derby.

His future is with us," Rush said.