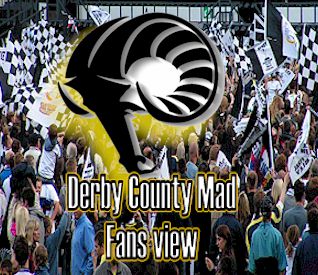 “A game of two halves,” goes the cliché, well Saturday’s game between Derby County and Burnley was the apotheosis of that cliché.

Buoyed by recent results, particularly at home, Derby County started the game brightly and were more than a match for their promotion hopeful opponents. The ball stayed on the deck, the Rams passed it about neatly, and Theo Robinson’s opening goal on 6 minutes was just reward.

Jamie Ward struck through a crowd of players to restore Derby County’s lead on 31 minutes and nobody could argue that the Rams weren’t good value for their 2-1 halftime lead.

Credit Burnley though. The Clarets were a changed team after the break. They took the game to Derby County immediately after the restart and pinned the Rams back in their own half. The neat, flowing football was Burnley’s and Derby County were back to panicky defending and hoof-ball again.

The writing was on the wall before Jamie Ward conceded a penalty and a red card for his pains. Brad Jones saved the 62nd minute penalty but Chris Eagles put away the rebound. Wade Elliott added a third three minutes later and Chris McCann concluded a miserable afternoon for Rams fans with a 74th minute wonder strike.

Another game ticks by and another team cannot overtake us. We are not mathematically safe yet but Preston North End and Sheffield United cannot finish higher than Derby County now. All that remains is one solitary point – either Derby County need to pick up a point or Scunthorpe United need to drop one – for the Rams to be in the npower Championship again next season.

Could it happen on Easter Monday? Let’s hope so...