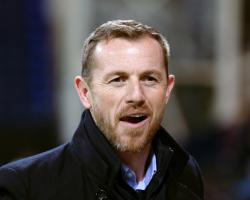 The former Burton and Birmingham boss, who played for the Rams between 1995 and 1998, replaces Steve McClaren, who was sacked on Sunday after a wretched run of results.

Rowett has signed a contract until the end of the 2018/19 season and will take charge of his first game at Nottingham Forest in Saturday's east midlands derby.

"We are delighted to welcome Gary Rowett back to Derby County as our new manager," said chairman Mel Morris.

"Gary is being tasked with, and has the full responsibility for, leading our redevelopment programme.

"Gary, of course, played for us for three years during his playing career, lives in Derby and is passionate about our football club.

"He is an exemplar of the qualities and values we want in our team and has clearly demonstrated his abilities to get that from his players too.

"I am sure that all of our supporters, staff and players extend their unequivocal support and best wishes to Gary and his staff."

First-team coach Kevin Phillips will stay on but goalkeeping coach Pascal Zuberbuhler has been replaced by Poole.

"I'm naturally thrilled to be appointed as the manager of Derby County and can't wait to get started," said Rowett

During that time, we tasted success when we were promoted to the Premier League and moved to Pride Park Stadium under Jim Smith.

"Living in the local area, I understand the expectation of the fanbase and it goes without saying that Derby County has fantastic and committed supporters.

"I have coached in the academy in the past so I know the values of the club and I am looking forward to sharing my experience and knowledge of the league with the staff and players.

"I am fully aware of the playing squad here and I am looking forward to working with them all first hand."

Rowett takes over a side 10 points adrift of a play-off place after recording just one win in nine games under McClaren.

Former England boss McClaren was sacked by Derby for the second time in less than two years after just five months in charge.

Friday's 3-0 loss at promotion-chasing Brighton was the final straw for chairman Morris, who said "the heartbeat, commitment, focus and passion has been lacking something fundamental".

Rowett, whose Birmingham side were only outside the top six on goal difference when he was sacked in December, is Derby's fifth manager in 13 months.