Christie scores for Rep of Ireland 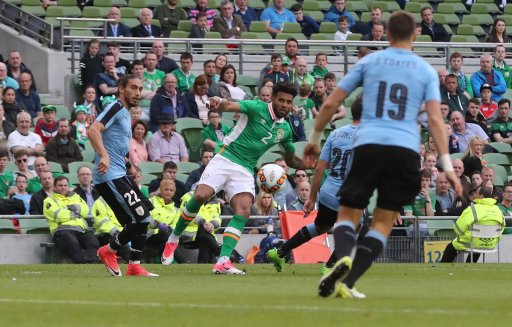 The Republic of Ireland are looking to make steps toward the World Cup finals next week when they take on Austria in Dublin and a warm up game against former World Champions Uruguay was no easy task. However help was on hand for the Emerald isle in the form of Derby County defender Cyrus Christie.

Christie scored with a shot come cross in the 51st minute to score his second goal in 10 International appearances for the Republic.

Meanwhile more help was on hand from the Rams as Alex Pearce came on in the 61st minute of the game in the central midfield area. Richard Keogh was an un-used substitute.