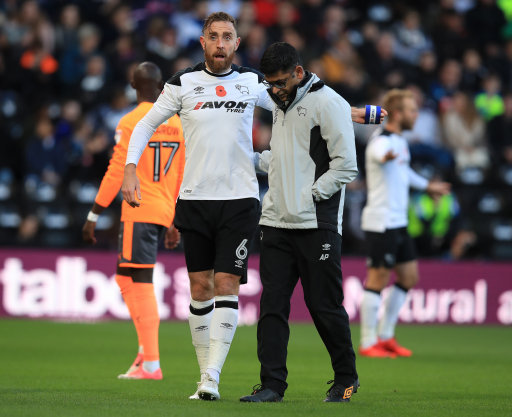 The Rams lost their eighth match unbeaten run in spectacular style yesterday crashing to a 4-2 home defeat at the hands of Reading.

Derby lost influential Captain and centre back Richard Keogh to an injury early in the game. He was missed almost instantly as Reading scored in the 9th minute (Moore). Keogh described by Manager Gary Rowett as “absolutely fantastic” earlier in the week following the win over Leeds United was again missed as Aluko doubled Reading’s lead with just 13 minutes on the clock. 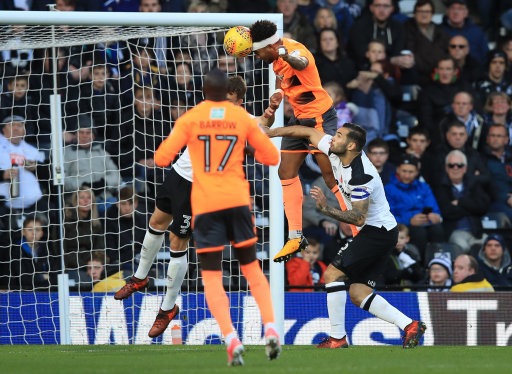 Derby were in disarray and struggled to get any attack going and failed to have any shots at goal until injury time in the first half.

Gary Rowett must have had plenty to say at half time but the Rams still seemed to be missing their Captain and it wasn’t long before Reading undid them again following a bad back pass by Curtis Davies, his ball was pounced upon and scored by Beerens with 54 minutes gone in the second period.

The Rams had a glimmer of hope in the 71st minute when Johnny Russell pounced on a rare mistake by the Reading defence and slotted home. The revival, if you can call it that, didn’t last long for Derby as Barrow made the score 1-4 with 15 minutes left of the 90.

Chris Martin did get a consolation goal for the Rams in injury time but the game and the points went to Reading as Japp Stam’s men recorded their biggest win of the season. The Rams do remain in a play-off place (6th) despite this loss.

Derby must now re-group and hope the International break will allow them to get any injuries sorted and look at what went wrong at Pride Park.