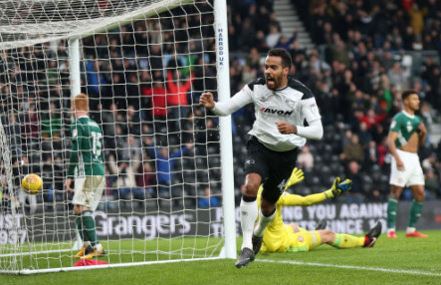 Another workman like effort from the Rams saw them beat Brentford by three goals to nil.

The game was a tense and even affair until a two footed challenge on Marcus Olsson in the 21st minute by Serge Canos. The challenge was deemed to be wreckless and dangerous by the referee who proptly showed a straight red card.

Derby now took control of the game and on the half hour mark Tom Huddlestone scored his first goal for the club.

With Derby in control by the break the game was never in doubt but Brentford to their credit kept fighting and the Rams failed to spark and finish off the Bee's.

With the game in the second minute of time added on another rash challenge resulted in Derby getting a penalty. Matej Vydra stepping up to send the keeper the wrong way and make the final score 3-0 to the Rams.