Derby County were denied all three points in a promotion six pointer at Pride Park tonight.

The home side didn't play well be good defending by both sides proved to be the key part of the game.

Bristol to their credit didn't come to Pride Park and defend from the off. They had several chances throughout the game but didn't make Derby pay by taking them.

The Rams on the other hand defended too deep at times and looked far from the team that is currently in the second automatic promotion place, however Derby did have as many chances as Bristol City to take all the points but again failed from open play chances, Matej Vydra having what looked to be the best chance when having a clear angled shot from the edge of the box saved by former Rams keeper Frank Fielding. Fielding then went on to injury himself and took no part after the half time break. 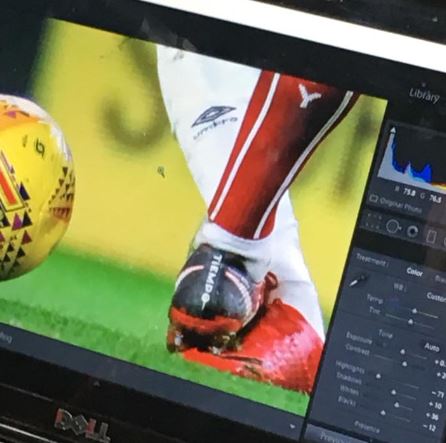 The game was full of half chances during the second period but ended in controversy after the Rams had made a three man substitution. Sam Winnall, Andreas Weimann and new signing Cameron Jerome came on for David Nugent, Tom Lawrence and Matej Vydra. Debutant Jerome was soon in the action and appeared to be pulled back in the penalty area and went down. The referee, who had a poor match blew his whistle for what the home crowd thought was a penalty but amazingly booked Jerome for diving.

Just a few minutes later Jerome was in the thick of the action again, this time a clear foul on the Rams new forward was waved away by the incompetant official when video replays clearly show he had his ankle taken by the defender, a clear penalty !

The point was possibly the fair result but the Rams can certainly say they were unlucky not to have stretched their advantage in second spot in the league.