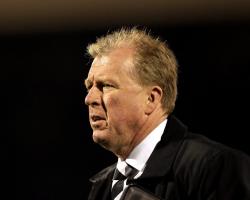 Derby 3-2 Huddersfield: Match Report - view commentary, squad, and statistics of the game as it happened.Derby end Terriers' runDerby returned to winning ways with a 3-2 victory as improving Huddersfield were defeated for the first time in eight Sky Bet Championship matches.Jordan Ibe gave the hosts an early lead and although there was no goal for Rams striker Chris Martin on his 26th birthday, Huddersfield forward Harry Bunn celebrated signing a new contract earlier in the day with an equaliser for the Terriers.Second-half strikes from Johnny Russell and substitute Simon Dawkins sealed all three points for Steve McClaren's men, following successive league losses, before Mark Hudson's stoppage-time header reduced the visitor's arrears.Derby made three changes following Saturday's defeat at Brentford

Elsewhere, Ryan Shotton replaced Jake Buxton at centre-half and on-loan Liverpool forward Ibe came in for Dawkins.Huddersfield were unchanged from the side that started the 3-0 win over Nottingham Forest.A bright start from Derby was almost rewarded after six minutes

Ibe's curling effort beat goalkeeper Alex Smithies but covering defender Joel Lynch managed to get his head on the ball and flick it over the crossbar.However, Ibe was not to be denied a minute later

Jeff Hendrick slipped by his man inside the box to get to the left-hand byline and Ibe barely had to break stride to meet his near-post cut back, as he guided a shot with his right instep into the far corner of the net.Huddersfield came into the game as the midway point of the first half approached

Nahki Wells flashed a warning shot across Derby's bow when he escaped down the right side of the penalty area and forced Jack Butland to tip away his shot across the face of goal.Shortly afterwards, the Terriers were level

Grant Holt and Wells combined to set up Bunn who was afforded time and space to control the ball 12 yards out and pick his spot with a low shot down to Butland's right.Holt then glanced a header wide, before Derby assumed a measure of control once more

Although McClaren's men did not trouble Smithies until first-half injury time when they regained the lead.Russell advanced into the box from the left and shaped to shoot but disguised a pass to Martin, who looked suspiciously offside

The Terriers to a man looked at the referee's assistant for a flag but it was not forthcoming.Perhaps fuelled by a sense of injustice, Huddersfield began the second half with vigour

Lynch skimmed the crossbar with a header before Butland had to beat away a fierce shot from Jacob Butterfield at his near post.At the other end, Smithies denied Russell a second goal when he brought the Scot's jinking run to an end with a good block.There was little Smithies could do to prevent Dawkins from making it 3-1, though

Dawkins, fresh off the bench, made an immediate impact as he sealed all three points for Derby with a shot from the edge of the box that went in off a post.Huddersfield nearly got themselves to within a goal of the Rams again straight away but Butland denied Danny Ward and then Cyrus Christie did brilliantly to block Wells' shot on the follow up.Some late pressure from the visitors was rewarded when, after Butland had saved to deny Martin Paterson, Terriers captain Hudson headed in from the resulting corner