The 19-year-old midfielder calmly converted the 32nd spot-kick to send Derby into the third round after the teams had been level at 1-1 after extra-time. 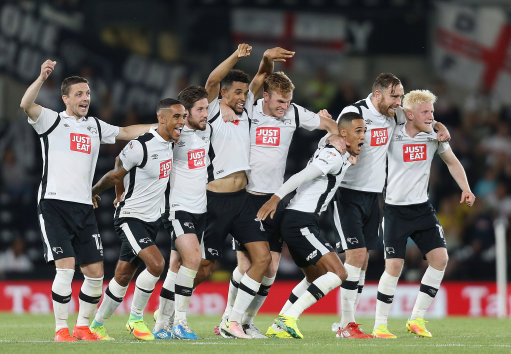 Former England striker Darren Bent put the Sky Bet Championship side ahead in the second half but Mike Jones equalised with the last kick of normal time to set up an incredible finale.

Derby boss Nigel Pearson had promised changes against the club where he started in management and he made eight from the weekend, bringing in teenager Max Lowe for his senior debut, with Marcus Olsson playing his first game of the season at left-back.

Derby had a chance in the third minute when Jacob Butterfield's cross to the back post found Nick Blackman but his shot was blocked by goalkeeper Gillespie.

Abdoul Camara shot over as the Championship side dominated but Carlisle found space down the left in the 12th minute with Danny Grainger whipping in a low cross that Scott Carson cut out.

The League Two side had strong claims for a penalty when Grainger's header struck Richard Keogh's arm and Mark Ellis headed at Carson as Carlisle grew in confidence.

But Derby almost scored in the 27th minute when Blackman came in from the right and hit a 20-yard drive that Gillespie did well to parry before Carlisle broke dangerously only for Shaun Miller to stray offside.

Pearson had become increasingly frustrated on the edge of his technical area which was an indication of how his side had lost their way in the first half, but Derby went ahead in the 56th minute when Blackman's 20-yard shot was pushed onto a post and Bent slid the rebound in from just outside the six-yard box.

It was harsh on Carlisle who almost conceded again in the 78th minute when Blackman flashed a shot from the edge of the area just wide of Gillespie's left-hand post.

Blackman had a chance to settle any nerves in the 82nd minute when an Ince shot was blocked but he sliced the rebound well wide.

Derby were made to rue not killing the game off in the fifth minute of time added on as Jones chested the ball down and beat Carson from 18 yards to earn his side another 30 minutes.

Carlisle almost scored again in the 99th minute when Carson failed to get to a free-kick and Charlie Wyke's header was hooked clear by Bradley Johnson but Ince was denied by a superb save from Gillespie in the 104th minute. 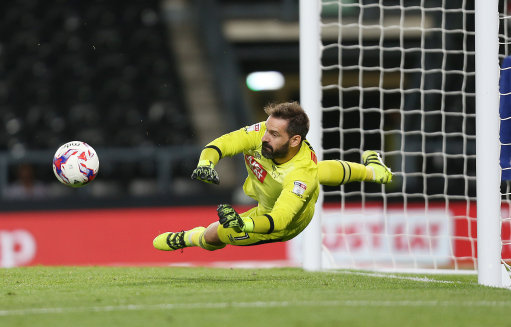 Will Hughes should have put Derby back in front in the 111th minute but he fired over from 12 yards and Ince was denied by Gillespie two minutes later but Carlisle held on for penalties.

Both sides scored their first three penalties but Carson saved Wyke's spot-kick only for Gillespie to save from Hughes and after Grainger and Keogh converted, the shoot-out went to sudden death.

Carson saved from Jabo Ibehre but Alex Pearce blasted over and with the shoot-out tied at 8-8, the players stepped up for a second time

The teams were locked at 13 each when Carson saved from Joe McKee and Elsnik coolly chipped in the 32nd penalty to put Derby through.