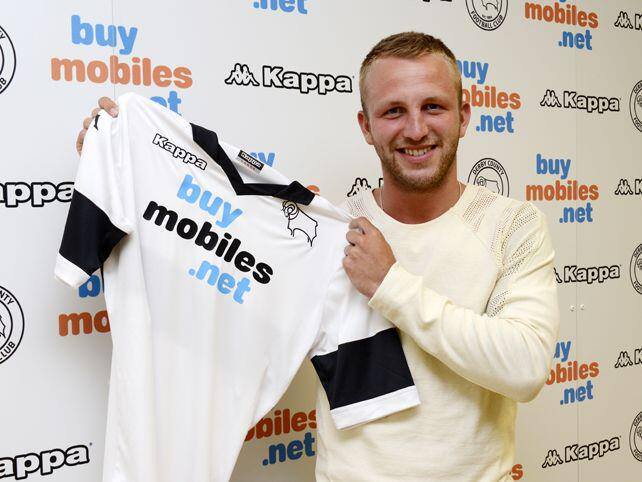 Substitute Leon Best rescued a late point for Blackburn and denied Derby a winning start to the new Sky Bet Championship campaign as the game ended 1-1 at Pride Park.

Best, on as an early replacement for the injured Ruben Rochina, guided a close-range volley past Lee Grant with two minutes remaining to cancel out Johnny Russell's debut goal from the penalty spot late in the first half.

In truth, it was arguably what Rovers deserved having created the better chances - particularly in the first half.

The game, one of six fixtures this weekend hand picked by the Football League to mark its 125th anniversary celebrations, began with the visitors on the front foot.

Rochina spurned a good early opening after Tommy Spurr's left-wing cross fell to him inside the box but the Spaniard scuffed his shot wide.

Shorty afterwards Grant raced from his line to collect confidently at the feet of Jordan Rhodes when last season's leading scorer in the Championship was through on goal.

Blackburn continued to threaten and Alan Judge curled a right-foot shot inches wide of the far post from the left side of the box.

Derby escaped again midway through the first half when Rhodes' near-post header beat Grant but struck Craig Forsyth on the goal line.

A shoulder injury to Rochina saw the game stopped for almost five minutes while he received treatment.

Shortly after the forward was carried from the field on a stretcher and replaced by Best, Derby took the lead.

You could say it provided a spot of relief for the Rams who had missed their previous four penalties.

It was somewhat against the run of play given that Derby's only previous noteworthy attempts on goal were a half-chance for Ward on the stretch and a long-range effort by Kieron Freeman which was straight at Kean.

Undeterred by the setback, Blackburn began the second half on the front foot and Grant had to claw Jason Lowe's header away.

The second half would be more to-and-fro and Derby might have doubled their lead after 50 minutes when Russell out-muscled Todd Kane on the edge of the Blackburn box. But bearing down on goal, as Rochina had before him, the Scottish striker scuffed his shot wide.

Derby survived another close shave on the hour when Best flicked Judge's low cross from the left against the far post. The former Coventry and Newcastle forward should really have scored.

Kean then kept out a powerful Richard Keogh strike while back at the other end, Grant got down well to hold efforts from Best and then Lowe.

It looked like Derby were going to hold on for a fourth opening-day league win in the last five years but Best had other ideas.

Fellow sub Chris Taylor crossed from the right and Best acrobatically swept his volley past Grant from six yards.