Ward on the bench this weekend 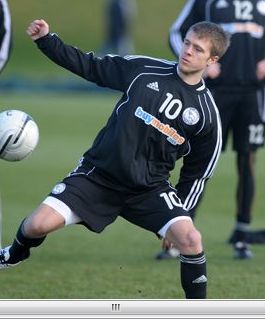 The Rams are set to announce the return to the squad of Jamie Ward. The influencial attacking midfielder/ forward has been out of the Rams line-up or three months and has been missed for his darting forward runs and goals.

Ward tore a hamstring during yet another win over rivals Nottingham Forest but is now back to full training and is expected to feature on the Rams substitute bench this weekend at Charlton.

The news of Jamies return to fitness is welcomed by Rams manager Nigel Clough. Although it is not thought Jamie will feature for any length of time in this weekends game, it does give Clough more attacking options.

Derby have further injury worries and Mark O'Brien and Craig Bryson. O'Brien was feeling the strain of returning after over a year out of the game with injury last match and Clough will take a look at the young defender before Saturday's game. Bryson meanwhile is continuing to feel the effects of a knee injury and will be very doubtful for the Game at the weekend.