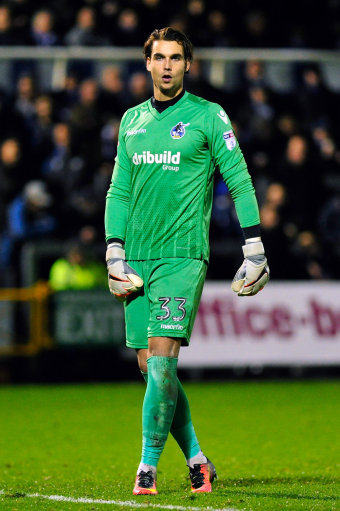 Kelle Roos has returned from Bristol Rovers after just over half of his season long loan.

Roos (24) had played 23 games for the Pirates since joining them in August 2016. He has lost the number one spot at the club so has now returned home.

No news as yet as to any further loan for Roos but it is expected he will  be on the move before long.