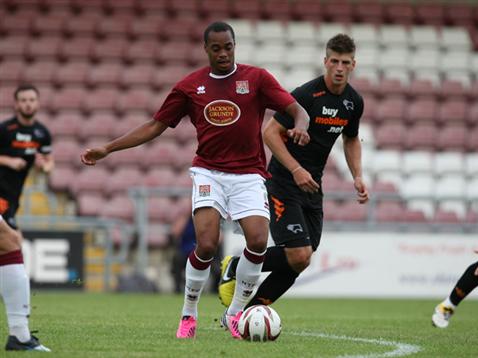 Derby County continued their build up to the new season with a exciting 4-3 win over Northampton Town.

The Rams opened the scoring with youngster Mason Bennett before Theo Robinson added a second for Derby.

The cobblers pulled a goal back to make it 2-1 but Derby then added goals from Robinson again and Jamie Ward completed the Rams goal scoring. Northampton however hadn’t finished their scoring and pulled back two further goals to make the final score 4-3 in favour of the Rams...