Rams U21 lose to Leeds United 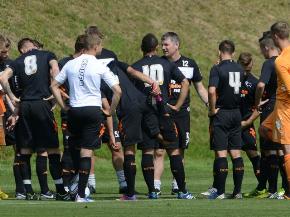 Derby County's second string, or U21 Professional development league, division two North, to give it its full title, slipped to a 1-0 defeat at home to Leeds United yesterday.