Rams U21 draw at Belper 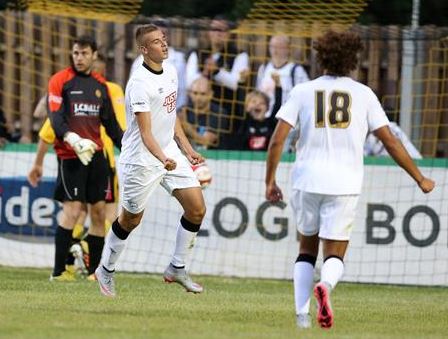 With Sam Rush and Paul Clement in attendance the youngsters were eager to impress. However it was Belper town who took the lead after just 13 minutes with a goal from Paul Lister.

Derby were two behind following a well worked goal by Phil Watt. The Rams now showed, their resilience and struck back almost immediately to make the score 2-1 with a well struck shot from.Polish trialist Casper Peachneak

The Rams came more into the game in the closing quarter of an hour and despite the heroics by the Belper keeper, another chance taken by impressive trialist Peachneak sealed a deserved draw for the Rams.