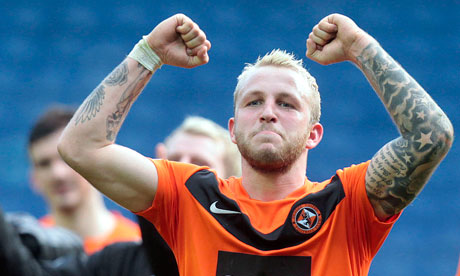 Dundee United has rejected an undislosed offer for their 23 year-old striker Johnny Russell.

The Rams were very interested in bringing Russell to Pride Park but he has another year to run on his current contract and Dundee United don't appear to be in the mood to let Russell go.

An impressive run last season saw Russell score 20 goals in just 38 appearances, this despite breaking his leg earlier in the season.

Russell has rejected a new extesion to his current contract  and may fancy a move abroad. There is no lack of interest for his services, Italian side Catania already having two bids rejected...