Rams snap Brazilian from jaws of the Tigers 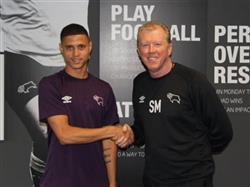 Alefe Santos has signed a two year deal with Derby County, snatching him from the jaws of Premier League Hull City.

The deal has an optional year if things go well and is a great addition to the Rams squad for the coming season.

The 19 year old Santos has been hailed as having potential and the determination to improve.

Other good news this morning is that young midfield star Will Hughes has signed another contract with the Rams. Hughes has committed to the Rams for another four years. Hughes did have two years to run on his contract but this is a sign that Hughes sees his immediate future at Derby County...