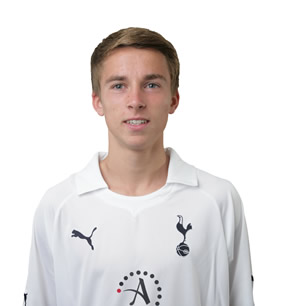 On he final day of the January transfer window Derby County have announced the capture on loan of 19 year-old Tom Carroll.

Carroll is desperate for first team football and will go straight into tonights squad to play Burnley at Turf Moor. He has plenty of European football under his belt, playing for Spurs in the Europa Cup this season. With competition for places at White Harte Lane very keen it is hoped the loan spell will benefit both parties.

Derby are looking for a creative midfielder and think Tom fits that bill. He went out on loan last season to Leyton Orient but needs the step up in class if he is to progress in his career...