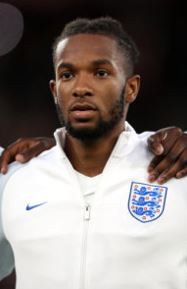 A late, signing for the Rams again on the final day of the January transfer window, but the Rams appear to have brought in a quality attacking midfielder/winger in Kelsey Palmer.

The 21 year-old was involved in the promotion of Huddersfield Town to the Premiership last season but has struggled to retain a spot with the Yorkshire club. Opportunities with Chelsea are very limited given their highly talented squad, so they again decided it would be good for Palmer to have regular first team action.

With 24 appearances for Huddersfield last season he contributed with 4 goals. He had his contract terminated with Huddersfield after getting Just five games with them this season, 4 in the Premiership and 1 in the Caraboa League Cup.

There was no shortage of Championship clubs eager to take Palmer, including Sheffield United and Wednesday. At one point during the last week it was thought Palmer may be going to the other Blues, Birmingham City but Derby beat them all with a last minute swoop for Palmer.

The move is seen as a very good replacement for departing midfielder Johnny Russell, who will be leavig to join the American soccer league. Palmer not only has Premiership experience but has played 4 times for England U21 and all age groups for his Country up to that point.