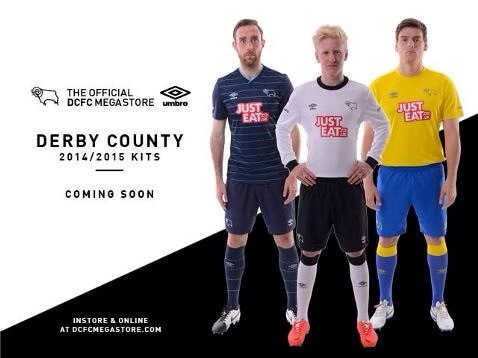 Last season it was the popular Thunderbirds third strip and now Derby County have revealed the Rams may be looking like Brazil for the coming season.

The yellow shirt and blue shorts will surely be jokingly dubbed the Brazil kit, hopefully the Rams will play like Brazil in the coming season.

Meanwhile the Rams go back to a dark blue second strip, with pin stripes and dark blue shorts.

The shirts will be available to pre-order shortly...