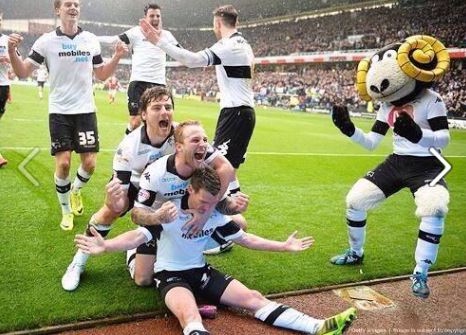 With the Rams already securing third place in the Championship for 2013-14, the question was who would they face?

Sixth place was secured by Brighton on the final day of the season and so, Derby County travel to the Falmer stadium on Tuesday 8th May 2014, with a 7.45pm kick-off. The second leg at the Ipro Stadium will take place on Sunday 11th May 2014 and kick off will be 5.15pm

Good luck to the Rams, and what ever happens all fans have had a super season, thanks to Steve McClaren, his backroom staff and the players.