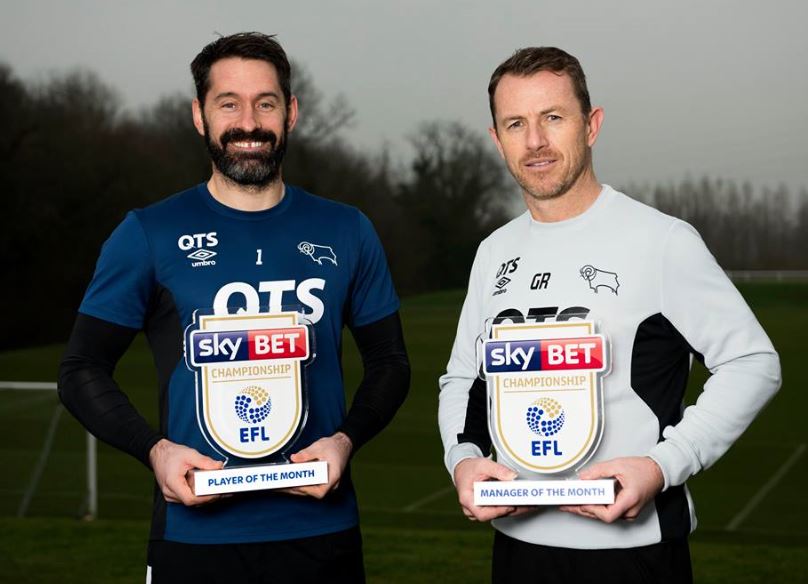 Derby County have a boost going into their second league game of the year by Scott Carson winning the player of the month for December award. The Rams goal keeper has kept five clean sheets in the Christmas period and only conceading one goal during those games.

The award is not usually given to a goalkeeper but Scott Carson stood out during December in the league games and earned the Rams valuable points to place them second in the League.

If that news wasn't good enough Derby County are celebrating a double, as manager Gary Rowett has secured Manager of the month for December. Gary has guided the Rams to the second spot in the league and wins over Burton, Barnsley, Aston Villa, Millwall and Ipswich and a draw against Hull has the Rams in an automatic promotion spot.

Rowett has given Derby even more reason for optimism and expectation by sining a new three and a half year extension to his contract during the week, ending speculation on his departure to Stoke City.