Gary Rowett has announced the Captain for the 2017-18 season and there has been no surprise as Richard Keogh retains the position. 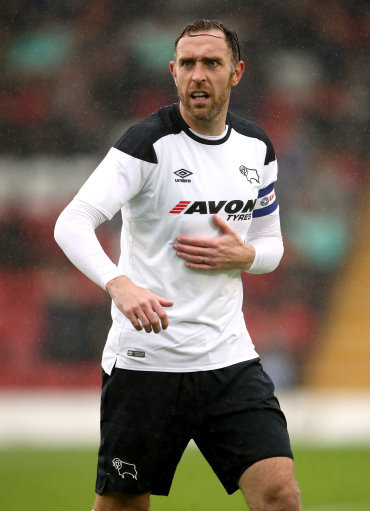 Manager Gary Rowett has indicated that he sees no reason why Richard shouldn't carry on wearing the Captains armband as he has done nothing wrong in the games last season when he took over as Rams boss and has continued to show his leadership qualities during pre-season.

Fans had thought that there may have been a change this season with either new signings Curtis Davies or Tom Huddlestone given the opportunity to Captain the Rams.

The appointment would indicate that Keogh is again thought of as a key eliment of the Derby County defense as well, which was an area some fans thought needed addressing at the end of last season.

The defense has seen major additions during the Summer with Davies, Andrea Wisdom coming into the squad and Craig Forsyth returning from a lengthy injury. Keogh must now marshal his troops and there will be no bigger test than Former Premiership side Sunderland on Friday.