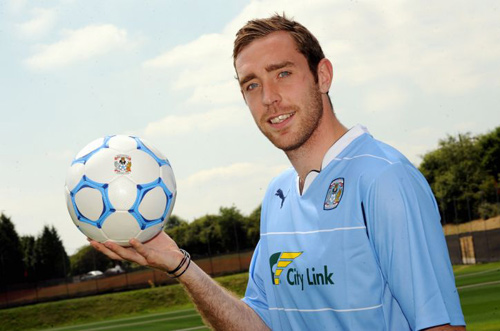 The Rams are reported to have several irons in the fire when it comes to replacing Jason Shackell, the latest player being Coventry’s 25 year old defender Richard Keogh.

The popular six foot two inch tall defender has many admirers among them fellow Championship rivals Leeds United and Cardiff City. Bristol City also had a £250,000 bid dismissed last season. Keogh still has a year left to run on his Coventry contract but manager Andy Thorn looks to be resigned to losing the player to a Championship side in the near future.

Keogh has played 91 times for the sky blues and has been voted Player of the Year at the club for the past two seasons and has also Captained his Country the Republic of Ireland at U21 level.

Coventry will leave today on a three match tour of Scotland and Keogh is not thought to be travelling with the squad, leaving the way open for talks with other clubs etc...