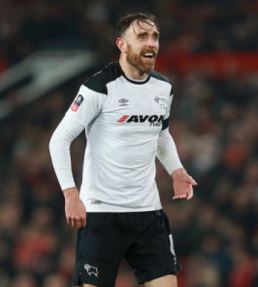 After six years at the club, Richard Keogh has just signed an extension to his contract and the three year deal will see him at the club until 2021.

The Captain of the Rams is seen as a key figure by manager Gary Rowett and is a player he can confide in and has confidence that he gets across his wishes to the rest of the team on the pitch and in the dressing room.

Keogh came from a relegated Coventry City at the start of the 2012/13 season and has been an ever present at the heart of the Rams defence. He told reporters that he would very much like to end his career with the Rams and hopefully be a key figure in their rise to the Premiership.