Good read on the appointment of Steve McClaren for Rams boss from all about football.co............By Matty Blake 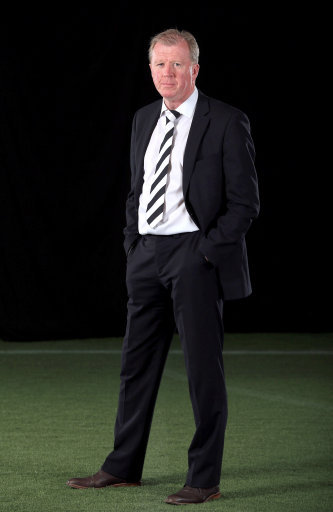 Earlier today Derby County took to twitter to confirm the re-appointment of Steve McClaren, just 505 days after they sacked him. This comes to a surprise to football fans across the country after his Newcastle side massively underachieved. Despite Rafa Benitez failing to avoid relegation when he took over from McClaren as the Magpies manager, the damage was already done and McClaren looked to have, once again, hindered his chances of becoming a successful manager in England. McClaren saw his time at Newcastle as an opportunity to prove himself as a manager after he failed to guide England to the 2008 European championships.

The 55 year old’s first spell at Eredivisie side FC Twente saw him win their first league title since 1965 as they triumphed above the likes of Ajax, PSV and Feyenoord in the 2009/10 campaign. After fairly short spells at Wolfsburg and Nottingham Forest he saw himself back in charge of FC Twente in January 2012. This reign, however, saw him resign after results were not greeted with happiness by supporters of the Enschede based side.

Within seven months Derby approached McClaren for the head coach position and the Englishman took on the role with an aim of promotion. He got the Rams playing exciting football however failed to achieve promotion in the 2013/14 season after a heartbreaking loss to QPR at Wembley. The following season things were looking good for Derby’s promotion charge; however a dip of form in the latter stages of the season meant they missed out on the play off places.

At the time McClaren’s move up to the north east looked sensible, summer signings such as Wijnaldum supported this. With Newcastle fans so passionate, however, a run of eight matches without a win saw them lose faith in the manager. Geordies wanting a manager out usually ends up that way; McClaren departed the Tyneside club with little opportunity to put his own stamp on things. I’m sure Newcastle fans will now be even more pleased he left as they are flying high in the championship with Benitez adapting well to the league. I am positive they will be back where they belong next season, the Premier League.

So, is McClaren’s return to Derby a good move for himself and the club?

If I was a Derby fan I would be baffled by the move as, in my opinion, McClaren, despite the occasional promising season, is not a manager and should stick to being assistant. I am a Hull City fan and, at the moment, am worrying about Mike Phelan joining the new look Steve Bruce at Aston Villa (if he gets the job there) as assistant. Both Derby and Villa have had hugely disappointing starts to the season and it looks as if both clubs will have to wait at least another year for their return to the big time.

For me this is Steve McClaren’s last chance at proving he has what it takes to become a successful manager.