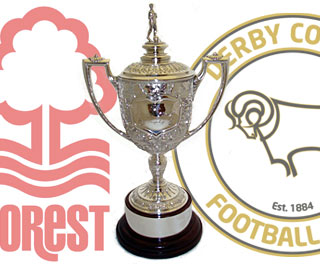 t comes as no surprise that both the East Midlands derby clashes with Nottingham Forest have had their kick-off times changed for yet another season. Both games are on  Saturday but the 3.00pm kick-off's have now been put back to 1.00pm, presumably on police advice.

The Rams will meet Sunderland in the first game of the season, which is on a Friday and now the home game will revert to a Friday again with a 7.45pm kick-off, making it a very late trip home for any Rams fans travelling to the Stadium of Light.