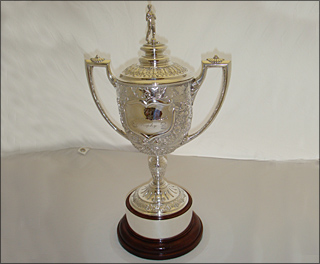 Fans of both Derby County and Nottingham Forest have been warned not to travel or try to gain access to tomorrows eagerly awaited East Midlands derbie if they are not in possession of a valid matchday ticket. Police issued the warning and will be on the look out for touts and fans who do travel without any tickets.

The tie is a sell out and no further tickets are available, which should create an intense atmosphere for the clash. Forest are currently in a promotion place at the top of the Championship, whilst the Rams struggle on near the relegation zone after another away defeat by Plymouth last Tuesday.

Among the many familiar faces at tomorrows match will be Billy Davies, ex Rams manager, Rob Earnshaw, former Rams multi million pound striker.In goal for Forest is Lee Camp, yet another player to make the switch to Nottingham Forest from Derby County. Camp is also the Forest Vice Captain.

Dexter Blackstock is another player to have played in the black and white of Derby County. He played 9 times for the Rams, scoring three goals when he came to Pride Park on loan in 2005.

The Brian Clough Trophy, played for everytime Derby and Forest play is again on offer to the winners of this tie. Last time Nottingham Forest won the trophy for the first time but the Rams will be keen to have it back in Derby this time.

Please don't forget that on police advice the game has a 1.00pm kick-off time tomorrow and fans are advised to get in their seats early due to the capacity crowd of over 33,000.