Rams add to their firepower 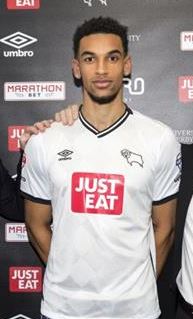 Derby County today completed the signing of Readings Nick Blackman for a fee of £2.5m. The contract is for three and a half years.

This now adds to the Rams attacking options and Paul Clement can't wait to see just what his new signings can do.

Blackman was due to sign for Sheffield Wednesday but with Derby equaling the £2.5M  asking price He decided his future lay with the Rams rather than the Blades.

Paul Clement has stated that Blackman will "Enhance attacking areas at the club" and Blackman can play as a winger.