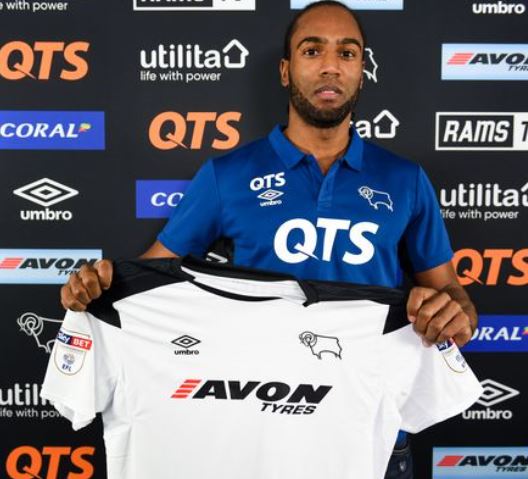 Derby County add to their striker options with their first and so far only transfer in the January window.

Cameron Jerome is 31 years of age but has a wealth of experience in both Championship and Premier League. Ironically Jerome scored his first Premier League goal against Derby County on the 25th August 2007 whilst playing for Birmingham City. The strike came after just 32 seconds !

There has been doubts over the signing by some as the Rams are second highest scorers this season in the league but most accept that Gary Rowett knows what he is doing.

Jerome meanwhile has completed over 500 games in his career and has score 120 goals. He may get a chance to show what he has to offer in the televised Game this Friday against fellow promotion contenders Bristol City.

The fee for the transfer has been undisclosed but is believed to be around the £1.5m mark, with add-ons and is an 18 month contract with an option for a further year.