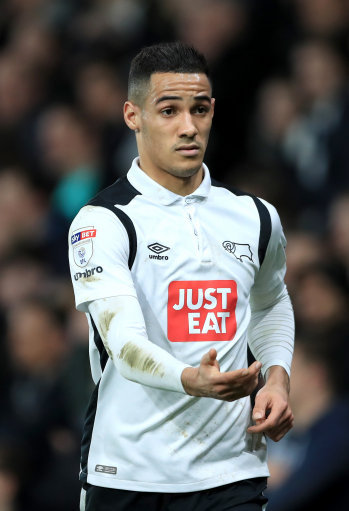 It has long been known that Tom Ince would be moving on before next season and today  the confirmation has come through that he has moved once again to the Premier League with newly promoted Huddersfield Town.

The Yorkshire side have been interested in the 25 year-old Ince for a while and the rumoured £8m move became a reality today.

Ince has secured a three year deal at Huddersfield, who aim to retain their newly found place in the Premiership in the coming season. The fee paid is understood to be a record for Huddersfield to pay out and tops the £10m (with add on's) Burnley paid last season for Jeff Hendrick.

Sinc e joining the Rams Ince has played 117 times and scoring 38 goals, he enjoyed spells on loan and then a permanent deal for the former Hull player was made.

Everyone at Derby County Mad wishes him well at his new club.