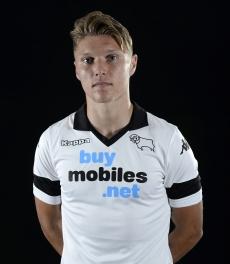 With Derby County treading water in several transfer deals, some very good news came out to day. Jeff Hendrick will be at the Ipro for another four years after signing an improved contract.

The 22 year old Republic of Ireland International has been a favourite of manager Steve McClaren and sees the renewed contract as one of his best signings of the summer....... so far.!