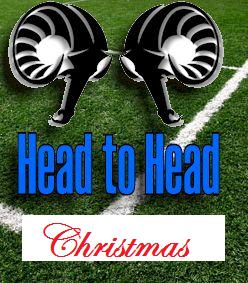 The Rams look forward to their Boxing day clash with Burnley and we take a look at the history of matches between the two teams.

Derby County have a very good record against Burnley and overall have 42 of the 98 games played, Burnley wining 36 with 20 games drawn.

As the game this time is at Turf Moor, the odds may be in favour of Burnley. Games played at Turf Moor have produced 24 wins for Burnley, with just 14 for the Rams and 11 games ending as a draw.

Games between the two sides started in 1888 on the 19th January of that year, with the Rams losing by the single goal. Derby gained their revenge a couple of months later on the 2nd March again the score being 1-0.

Below is the full record of games between Derby County and Burnley, should you wish to take a look at records of other games between the Rams and their opponents please go to our ‘Match Day’ section of the main website, then click on the ‘head to head’ section...