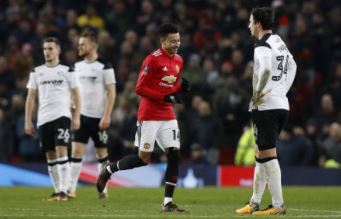 Derby County did themselves and the army of supporters proud tonight at Old Trafford, despite losing by two goals to nil the Rams had held united's star studded team to until the final eight minutes when goals from former Rams loanee Jessie Lingard and a break away goal from Romelu Lukaku sealed their fate. 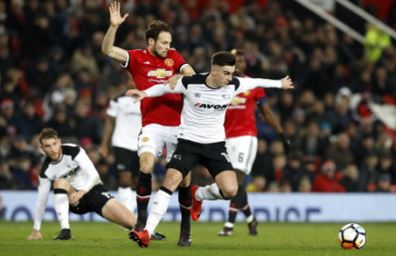 Rams keeper Scot Carson was man of the match with several potential match winning saves, but all in vain as two late goals saw the Rams lose their 17 match unbeaten run.

Derby have now proved they could mix it with the best in the Premiership, they now turn their attention to the league following the Cup exit.