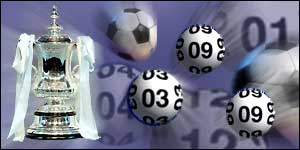 The Rams are in the last 16 f this season's FA Cup draw and you can watch this seasons 5th Round draw live on ITV 1 at 6.00pm, Sunday 24th January.

Derby will be hoping for a second successive home draw. Their number in today's draw will be 3. All matches will be played on the weekend of the 13th and 14th February.

The draw will be made by Stephanie Moore, the wife of the late West Ham and England Captain Bobby Moore. Crystal Palace and England midfield player Geoff Thomas will be the other celebrity making the draw...